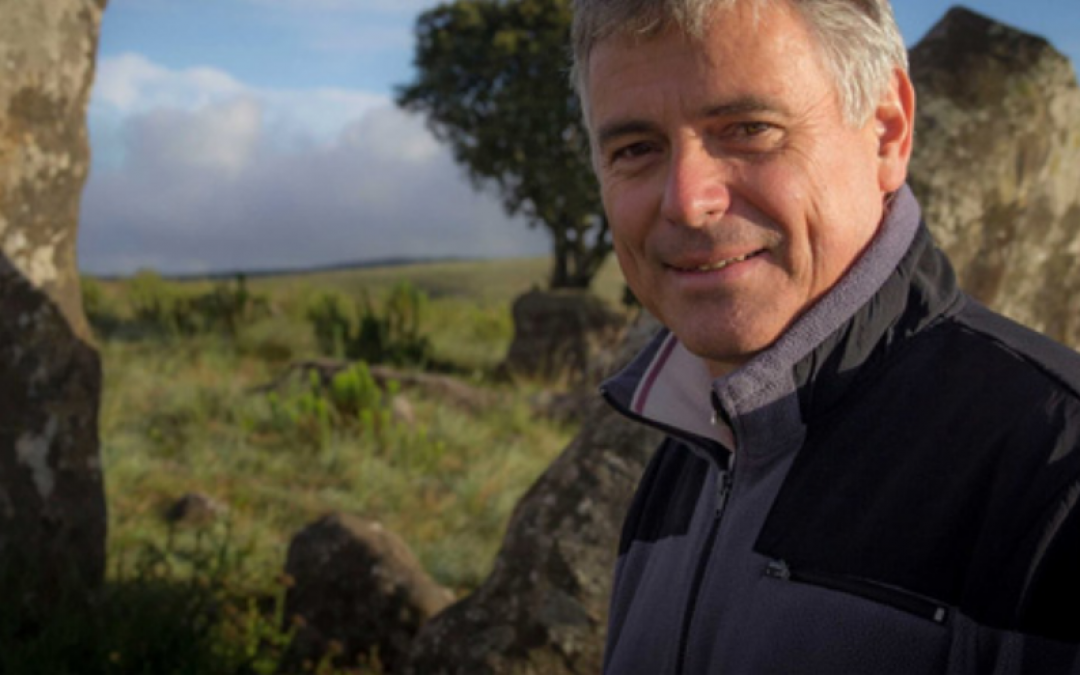 Michael Tellinger is an author of four books, scientist, and explorer who has become a real-life Indiana Jones, making groundbreaking discoveries about advanced vanished civilizations at the southern tip of Africa. His continued efforts and analytical scientific approach have produced stunning new evidence that will force us to rethink our origins and rewrite our history books.

Michael’s major contribution to the field of ancient discovery has been delivering proof of the tools and artifacts that support his scientific findings. He discovered more than 10 million stone ruins that are not dwellings, but energy generating devices. HisTorus Stone, which crashed the TSA security systems at DOHA International Airport in July 2013, has sparked the imagination of the global scientific fraternity in the quest for delivering a new free energy device to the people of the world.

He has become an international authority on the origins of humankind and the vanished civilizations of southern Africa. Scholars have told us that the first civilization on Earth emerged in a land called Sumer some 6000 years ago. New archaeological and scientific discoveries made by Michael Tellinger and a team of leading scientists, show that the Sumerians and even the Egyptians inherited all their knowledge from an earlier civilization that lived at the southern tip of Africa more than 200,000 years ago… mining gold.

These were also the people who carved the first Horus bird, the first Sphinx, built the first pyramids and built an accurate stone calendar right in the heart of it all. Adam’s Calendar, now referred to as ENKI’s CALENDAR, is the flagship among millions of circular stone ruins, ancient roads, agricultural terraces and thousands of ancient mines, left behind by a vanished civilization which we now call the FIRST PEOPLE. These settlements cover most of southern Africa, an area about twice the size of Texas. They carved detailed images into the hardest rock, worshiped the sun, and were most likely the first to carve an image of the Egyptian Ankh – key of life and universal knowledge, 200,000 years before the Egyptians came to light.

Michael’s research reveals many of the latest scientific measurements and presents evidence that this vanished civilization had an astute knowledge of the laws of nature and the generation of free ENERGY from Mother Earth for all their needs. They used the power of sound and frequency as a source of energy, which underpins the scientific conclusions reached by Michael. In his book Temples Of The African Gods he graphically exposes these discoveries that will be the catalyst for rewriting our ancient human history.

This work is a continuation of Tellinger’s previous books Slave Species of god and Adam’s Calendar which have become favourites with readers in over 30 countries. His latest contribution to the literary world is UBUNTU Contributionism – A Blueoprint For Human Prosperity in which he lays the foundation for the philosophy of Contributionism – a world without money. In which people live in united communities in support of each other, rather than the divided communities in fear of each other that we find ourselves in.

Before Michael Tellinger, there was only novel speculation about the origins of stone remains on the continent of Africa. But with Michael’s dedication to discovering, tracking, and revealing vanished civilizations, it’s now possible to reach into the minds of our ancient forefathers to discover a purpose greater than what we might have expected. Certainly, it’s now well acknowledged that they were futher technologically advanced than the present day, and far more astute than what we are taught through the less than accurate cave-man mentality of our educational systems.

Read More
$14.99 · Add to Cart
Monday Intensive
UBUNTU: Contributionism and How One Small Town’ Will Change the World

Solutions for our future, a blueprint for human prosperity – is a world of prosperity and abundance for all attainable? The path that brought us here as a species is …