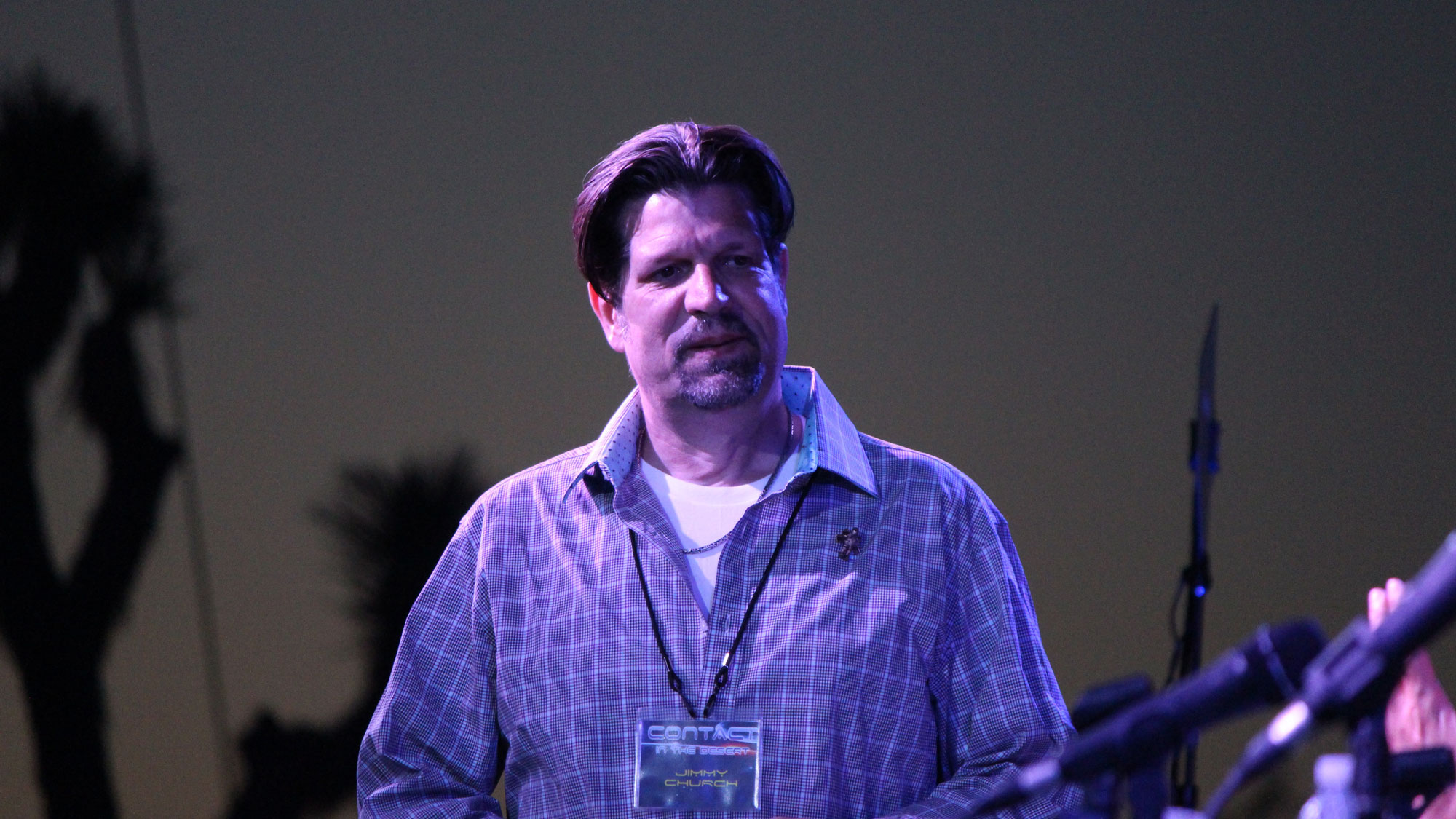 Jimmy Church is a radio and television host for the Game Changer Network, Premiere and iHeartRADIO and guest host on The History Channel.

Church is the host of Fade to Black on the Game Changer Network and syndicated on KJCR, KGRA, iHeartRADIO, TSL, TuneIn and Spreaker.

Along with hosting his live show Fade to Black, Jimmy is also a guest host on Coast to Coast AM with George Noory and co-stars on History Channel’s Hangar 1: The UFO Files and the time travel conspiracy show, Time Beings.

Church is also the star and host of a brand-new series on History/A&E featuring Fade to Black that premiered internationally in the fall of 2017, called Breaking Mysterious.

Jimmy started his career in the music business, producing bands in Hollywood back in the “hair” days in the 80’s on the Sunset Strip… all the while studying Ufology, the paranormal and conspiracy theory.

Growing up, Church was influenced by his mother who was an avid reader of Edgar Cayce and Erik von Daniken; she had an open-mind for all things paranormal. His father was a bandleader for the Army Band, a musician… and this outlook on the world from childhood is still what happens every time Jimmy is on the air.

Late-night talk radio covering UFOs, ghosts, lost civilizations, secret governments, agendas and alternate realities swept across the country with hosts like Long John Nebel, and Church listened to them all – and still does. He is a student of the genre and he respects those that came before, but he is taking overnight talk radio and network television into the future with a new generation of listeners who all want an answer: “What is the truth???”

Fade to Black is a late-night long-form conversation talk show with a style that is a throwback to the old days of overnight AM radio with hosts like Long John Nebel – open conversation with only the very best and brightest guests covering UFOs, ghosts, lost civilizations, secret governments, agendas, time travel and alternate realities. The difference? Fade to Black reaches out to the next generation with a fresh take on the world around us.

Hosted by Jimmy Church, the show is live weeknights from 7-10 pm PST. Jimmy is also a guest-host on Coast to Coast AM with George Noory and appears on History Channel’s Hangar 1: The UFO Files, Time Beings, and is the host on a brand-new series for History/A&E that premiered internationally in the fall of 2017, called Breaking Mysterious.

Jimmy Church will be hosting FADE to BLACK live from Contact in the Desert with many guest speakers live in front of a studio audience and broadcasting to the world!

Our 2020 Speakers
Please Note: A full weekend pass purchase is required in order to purchase workshops and intensives.
Get A Discounted Pass
John Burroughs
Jason Turner